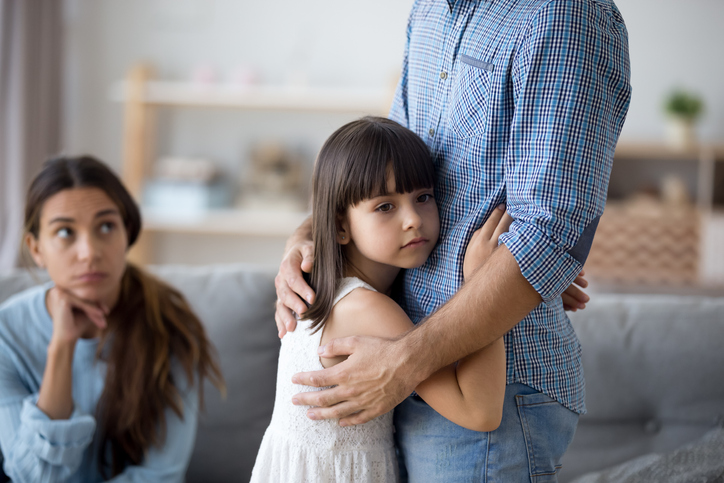 Often one of the first things on a parent’s mind when reaching out to a divorce lawyer is how to get custody of a child in Illinois. This is an understandable concern: having some sense of control over the care and upbringing of your child is of utmost importance. It’s important to note that in Illinois child custody laws and other laws surrounding divorce change fairly regularly.

In this article we hope to go over some of the basics of child custody in Illinois as well as some of the ways the laws surrounding divorce custody have changed significantly within the past year.

First things first: Child Custody is now referred to in Illinois as Parental Responsibility Allocation. Within this general designation we find references to Parenting Time and Parenting Responsibility.

Parenting Time refers to the amount of time and the schedule which parents are to spend time with their children.

Parenting Responsibility refers to the decision making capability that each parent has regarding the health care, educational and social, religious or extra curricular aspects of their child’s life.

Illinois Law and the Best Interests of the Child

As noted the term “child custody” no longer exists in the 2016 Illinois Marriage and Dissolution of Marriage Act. Part of this change of terminology is to better align the focus and priority that Illinois adopted as one of looking out for the best interests of children whose parents are divorcing.

Thus, Illinois, in its aim to protect children and look out for their interests, takes an approach of looking at all the elements and facts of a marriage when weighing how to divide parenting time and parenting responsibility.

Decision Making for Children of Divorce

“Legal Custody”, now referred to as Decision Making assigns the responsibility of making decisions about the child’s world. These choices include decisions about education, religion, medical care and activities.

Some of the factors that go into the decisions around decision-making roles are: the wishes and needs of the child, the parent’s wishes, past parental involvement.

The courts also consider how the parents make reasonable decisions alone and together.

There are also logistical elements that come into play when the courts make these decisions. Such elements are things such as the physical proximity of parents’ homes, how the child adjusts to new living situations involving home, school and activities.

There are also considerations based upon whether one or both parents are unfit to raise the child, the mental and physical health of parents and child, and other relevant factors such as any history of abuse, violence and even sex offender designation.

The courts are also able to incorporate any other relevant factors regarding the ability of each parent to make decisions for the child.

Parenting Time for Children of Divorce

“Physical Custody” is now referred to as Parenting Time.

Again, many factors go into decisions regarding court ordered parenting time. Many of these are similar factors as described above.

The parents’ and child’s are always considered when determining parenting time.

The period of the past 24 months are considered by looking at the amount of time that each parent was involved in the caretaking responsibilities when determining a custody arrangement.

Prior agreements between parents are factors to be considered.

The needs of the child are of course considered, especially pertaining to relationships between the child, siblings, parents and others who are a part of the child’s life. The courts also consider how the child is or will adjust to community, school and home life.

The courts are always looking at the parents’ ability and willingness to place the priority on the wellbeing of their child.

Of course, any types of abuse, sex offender status and other dangers posed to a child are considered.

Military Divorce in Illinois requires consideration of the family care plan that military parents must fill out before they are deployed.

Again, the courts can consider any other elements that they find to be relevant to the court determination.

This is when both parents share the decision making and parenting time equally. This is determined if parents are shown to communicate effectively as needed to co parent and properly raise children.

One way to communicate responsible parenting approaches to the courts in Illinois is through presenting a parenting plan. Wilson, Dabler & Associates, LLC can help you with this.

Because of the Illinois courts’ priority of providing the best possible outcome for the child, sole custody is very rare. Unless the courts are convinced that abuse or neglect is happening in the home, sole custody isn’t often considered the best option.

In fact, if the courts find that one or both parents have abused the child or endangered the child’s development or health, more likely options include, supervised parenting time or reduced or eliminated parenting time and or decision making responsibilities.

When parents simply cannot agree on parenting time or decision making for the child or children, the courts must decide what is best for the child.

This could go as far as termination of parental rights for one or both parents. In this instance the courts in Illinois tend to award the more reasonable and cooperative parent the majority of the child custody or parental responsibility allocation.