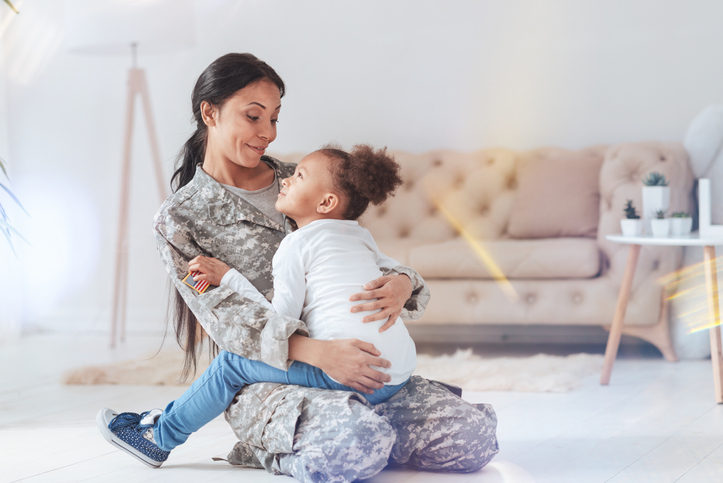 As divorce attorneys, we’ve been serving our community near Scott Air Force Base in Southern Illinois for decades. Belleville Illinois and the surrounding towns are very much a part of the world of the military and likewise the military is inseparable from our community.

Civilians and military members work together, volunteer side by side, attend school functions together and often times meet, fall in love and get married. It’s not uncommon, when you meet someone new, for them to tell you that the military brought them to Belleville, or Mascoutah, O’Fallon and so on.

As family law mediators in Belleville, IL, we often help couples reach agreements of one kind or another through our mediation services. And as divorce attorneys we are often called upon to represent a military spouse who is considering filing for divorce or a civilian divorcing their military spouse. Of course we also represent a military member divorcing another military member. After decades of these types of divorces, we’ve earned our reputation as the Belleville areas best military divorce attorneys.

Can a Military Member get a Legal Separation in Illinois?

Military service adds another dimension to nearly every aspect of life. Marriage and divorce as it affects service member is one of those areas of life into which the military extends its influence and protocol.

Legal separation is different than simply moving out of the marital home. It’s even possible to still live under the same roof if you have filed for legal separation. Think of legal separation as having received a court order declaring that you and your spouse are officially and legally separated.

Yes, a military member can get a legal separation in Illinois. But, the rules aren’t the same as they are for civilians.

How is Legal Separation Different for Military Members?

There can be many reasons why military or non-military couples might seek a legal separation. Legal separations might be an option for avoiding divorce in situations involving religious dictates. There might also be economic or other systemic reasons to pursue legal separation instead of divorce such as for the reason of continuing to receive health insurance coverage.

Legal separation is similar to divorce in the sense that it will require you to come to an agreement on issues such as child and spousal support, property division and child custody. It is a way to officially mark the suspension of a legal union but it is not the final and definitive termination of a marriage.

You are still married if you are legally separated, and therefore you cannot remarry. Not only that, but whereas civilians might be able to resume dating after having filed for legal separation, this can get tricky if you’re in the military. In the eyes of the military, which forbids adultery and treats it as a crime.

Article 134 of the Uniform Code of Military Justice (UCMJ) makes the act of adultery a crime if the following legal criteria are met:

In the case of a military member and his or her spouse having filed for a legal, separation, from the military’s point of view, they are still married and thus subject to the military’s rules regarding adultery. The only practical way to move on to another relationship, when one or both spouses are serving in the military, is to obtain a divorce.

The Uniformed Services Former Spouses’ Protection Act (USFSPA) affirms the state’s right to distribute military retirement pay to a spouse or former spouse and it provides a method for the Department of Defenses to ensure that these distributions are followed through.

The Spouse Protection Act takes into account court orders as related to divorces, dissolutions, annulments and legal separations. It also supports court orders related to child and spousal support payments. Thus, you our your spouse’s military pension is still subject to the findings of local courts, perhaps to the same degree in cases of legal separation as in divorce or annulment.

The Defense Finance and Accounting Service and Your Retirement Pay

While the military does have particular rules in place involving the marriage status of its members, it’s often best to contact a seasoned military divorce attorney to be sure of the details.

Former spouses of military retirees are not automatically entitled to part of the retiree’s retirement pay. It’s important to understand that The Uniformed Services Former Spouses’ Protection Act does authorize the State Courts to divide military retirement pay as it would any other marital asset or as community property.

Experience has taught us that just as no two marriages are alike, neither are any two divorces. We are known for our ability to listen carefully to your unique and personal situation regarding your marriage and assist you in coming to the resolution that will empower you to move forward.

Contact our military divorce attorneys to learn more about legal separation as an option in a military marriage. We can also help with family law mediation, issues of child custody, child support and most any other legal questions you have. Call us at: 618-235-1600

We look forward to speaking with you and to being part of your solution to move forward.