Does It Matter Who Files For Divorce First?

Home » Does It Matter Who Files For Divorce First? 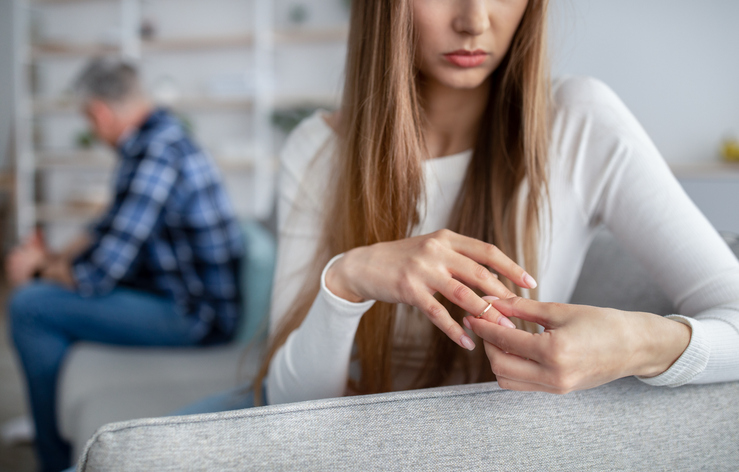 We’ve seen this question posed and answered online again and again, and usually divorce attorneys answer: “No,” or at best: “Potentially but only slightly.” But we thought the question shouldn’t be dismissed quite so quickly, because there are instances when it might matter to your divorce case.

A marriage embodies two lives joined as one, and sometimes there is the realization that the union of the two people just isn’t going to work out. It might be an understanding that both spouses are aware of, but usually not to the same degree. You may know that it is time to end the marriage or conversely the thought might never have entered your mind. You may know or suspect that your spouse is ready to leave the marriage. And, fearing that a divorce will likely cause you hardships involving your personal life, the lives of your children and even your finances, you are likely now asking yourself what is the best way to protect what is left to protect, minimize the damage and move on, even if reluctantly.

The party who files for a divorce is legally known as the “petitioner” and the party who is served with the divorce papers is legally considered the “respondent.” And the age old question, in terms of the most favorable outcome of a divorce is: Is it better to be petitioner or respondent in divorce proceedings?

Petitioner vs Respondent in Divorce

Most of the articles written on this subject bottom line the question with the response that it doesn’t matter legally (in the eyes of the court) who files for divorce first. Some mention that it is only if a divorce case makes its way to trial that it matters. But in the interest of being the most thorough and thoughtful divorce attorney Belleville, IL has to offer, we want to expound on this subject a bit further.

Location of the spouses is most often the issue that is overlooked when a divorce lawyer addresses this question of who should file first. But it is worth mentioning.

Take a situation in which you reside in Illinois and your spouse has taken a job across the country in, say, Seattle. Maybe the plan was that the kids would finish out the school year in Belleville and then you and the children would join your spouse in Washington. But things have changed, and in phone conversations your spouse has informed you that they are considering leaving the marriage and going it alone in Seattle. Or, worse, they’ve intimated that as soon as the school year ends they would like the children to join them on the west coast, but have no interest in continuing the marriage.

Now the situation around advantages of filing for divorce first is much different. Divorce can be filed in a state if you meet that state’s residency requirement. And if your divorce is filed in Washington, you will be expected to attend court dates in Washington to participate in the divorce proceedings. For most people this is a significant factor.

Furthermore, the state in which the children reside will be the state that controls decisions about parenting time, child support and child custody. For more information when children are involved, contact a proven child custody lawyer.

Suddenly it becomes very relevant who files first and begins the divorce process.

Filing First Means Having Control of The Beginning of the End

Illinois divorce law determines the end of the marriage as the date that the Petitioner filed for divorce. This is a kind of “cut off” date in the eyes of the law. In an instance where you feel your spouse may have an intention of ending your marriage but either by design or by indecision is letting it drag on you might consider the implications of filing first for the divorce to set a limit on the duration of the marriage so that the maintenance period would be shorter rather than longer.

In some cases the length of the marriage will influence spousal support.

The Petitioner Goes First In Court

While it is true that if you file first for the divorce, and if the case makes its way to court, you would be the party who begins the proceedings and gets to frame the situation of why you are asking to end the marriage. And some might say that being able to make a “first impression” to the court might offer some advantage is it also important to clarify that Illinois has done away with the concept of “ground for divorce.”

In other words, where in the past one spouse would file and allege that your spouse had committed adultery, had been abusive or was a drug or alcohol addict and therefore was making the marriage impossible, such grounds are no longer taken into account when granting a divorce.

So, while it remains true that the Petitioner would go first in a court hearing, the impact of being able to “frame” the advantage of this should not be overstated.

For Further Questions on Filing for Divorce in Illinois…