Is No Fault Divorce Illinois Status In Danger?

Home » Is No Fault Divorce Illinois Status In Danger? 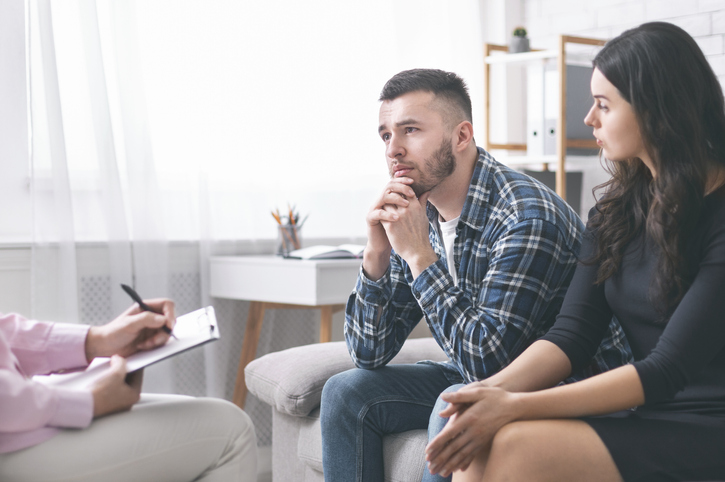 ​As divorce lawyers in Belleville, IL, we want you to understand the current state of family law in Illinois as it affects you and your family. There are some rumblings that the same Supreme Court who are applying their values to issues of abortion and possibly gay marriage may be eyeing the no-fault divorce staus quo that exists in America.

First of all, the basics as they stand right now.

Is Illinois a No-Fault Divorce State?

What does No-Fault Divorce mean?

In the past divorce laws demanded that one spouse prove that the other spouse exhibited fault based grounds for terminating the marriage. Those acts included but were not limited to adultery, mental cruelty, drunkenness, abandonment, impotence, physical cruelty or abuse of drugs or other substances.

When Illinois took on a no-fault model, we dropped the burden of proving that the other spouse exhibited these types of marital misconduct and adopted a much lower bar to ending a marriage.

In Illinois today you must simply prove that as a couple you have irreconcilable differences, efforts of reconciliation have failed and future efforts are impossible.

What if a Spouse Contests a No-Fault Divorce in Illinois?

If there is agreement that irreconcilable differences exist, the petition for divorce will be approved and upon a settlement being reached, the marriage is dissolved. However, if one spouse does not want a divorce, a waiting period is required in which the couple is expected to be living in “separate and apart” conditions for half a year before the divorce is granted. This separation period simply means that separation should occur in terms of finances, physical separation as much as possible, and general separation in terms of typical marital partnerships.

Why Did States Adopt No Fault Divorce?

A no-fault approach means that it is easier for a person in an unhappy marriage to file for divorce and be granted a divorce. Depending upon whom you ask, this was done to make it so that married people had less of a legal barrier to exiting a failed relationship.

If one person in the marriage considered it failed, the courts seemed to agree, no further proof that the other partner committed acts against the partnership should be required.

Why Might No Fault Divorce Be Again Under Scrutiny From the Supreme Court?

Recently we have seen the conservative-leaning Supreme Court eliminate the federal right to abortion by overturning Roe vs. Wade. Some consider this a conservative reframing of a legal precedent that many in America thought would never be revoked and it made many conservative and liberal-leaning Americans wonder what might be next.

There have always been conservative voices who consider no-fault divorce a factor that enables the breakdown of marriage in America and who would like to see it go away. They claim that it has led to increased divorce rates and increased problems with families and children.

Others cite statistics that show that women are less likely to commit suicide out of despair of being forced to remain in broken marriages as well as a decrease in marital violence. They counter that in the interests of the family mental and physical health, bad or abusive marriages should have a way out.

At any rate, know that Wilson, Dabler & Associates will be watching the ongoing debate very closely as we continue to represent families in the Belleville, Illinois area in divorce and family law as well as mediation. Call us to schedule an appointment: 618-235-1600

What is Uncontested Divorce in Illinois?

We include this piece of information because we frequently hear clients conflate the terms No-Fault Divorce and Uncontested or Contested Divorce in Illinois.

Quite simply the difference between a contested and uncontested divorce depends upon how many unresolved remain between the parties seeking divorce. If you and your soon-to-be-ex-spouse can agree on items such as parenting time, property division, spousal maintenance and apportionment of marital property such as real estate, stocks, bonds and retirement, then your divorce will be much simper and considered an uncontested divorce.

Obviously uncontested divorces require less money output, less time and less stress and anxiety, but they require good communication to come to agreements on the various elements of separating a marital union. Wilson Dabler and Associates also offer divorce mediation in Belleville, IL to make the uncontested divorce process in Illinois easier for you and your family.

If you have further questions about Divorce, Custody, Child Support or any other family law matters, contact the attorneys at Wilson, Dabler & Associates, LLC. 618-235-1600