Take action to protect your teen from juvenile DUI charges

Time to Grow Up: Criminal Law and DUI Law in Belleville, IL 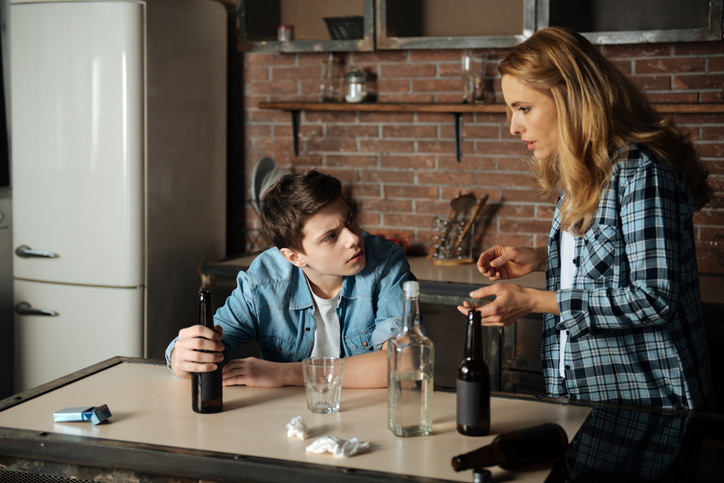 The teenage years are a time of experimentation and learning through mistakes. Even the best teenagers rebel during high school and college, trying drugs and breaking rules to see what they can get away with. For most teenagers, this rebellious period is uneventful and tapers off into adult responsibilities in time. For an unfortunate few, however, the consequences of teenage mistakes can haunt them for years and impact their future.

Alcohol is a common source of criminal issues for young adults. Those under the age of 21 are not allowed to drink, possess or purchase alcohol. Quite a few still try it, and some get caught in the process. Others get caught in an even worse situation, like trying to drive home after a party. If your child got arrested for driving under the influence (DUI), you need to take action as soon as possible. This begins by consulting a DUI Attorney in Belleville, IL.

Anyone who takes to the road after drinking could face criminal consequences if law enforcement catches them or they cause injuries or property damage. For adults, Illinois has a blood alcohol content (BAC) limit of 0.08 percent. Anyone driving with an BAC at or over the legal limit will likely face criminal prosecution as a result.

For minors, Illinois law is much more strict. There is a zero tolerance policy in place, meaning that even one sip of a beer could result in a DUI charge for a driver under the age of 21. The legal BAC limit for minors in Illinois is 0.00 percent.

Teenage penalties vary depending on the amount of alcohol

As with adults, the state bases penalties for teenage DUI offenses on both the amount of alcohol in the driver’s body and the number of previous charges on his or her record. For teenagers caught with a BAC of over 0.00 percent but under the legal cutoff for adults of 0.08 percent, a first offense could result in license suspension for three months. Additional charges can be received if a fake ID was used to purchase the alcohol.

Teenagers with a BAC of 0.08 percent or higher will face more serious penalties. A first offense could result in up to a year in jail and as much as $2,500 in fines. The driver will also lose his or her license for two years. Second offenses carry the same fine and jail time, but the driver will lose his or her license for five years or until he or she turns 21. You don’t have to be a DUI attorney to understand how these penalties, as well as the criminal record they create, could cause significant issues for your teen in the future.